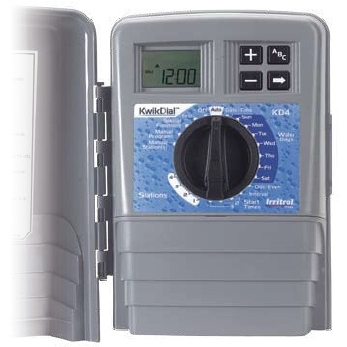 One of the most common service calls I do is to respond to the ‘fuse’ message on the Irritrol Kwikdial controllers.

The fuse message can be a frustrating one because it isn’t always clear if its the solenoid coil that is giving the problem, or if its the controller itself. And the the error can also be intermittent making it even harder to trace.

Obviously the place to begin is with the faulty solenoid coil as this is the cheaper of the two solutions. If replacing the coil (once you have determined which solenoid is sending the fault) removes the message then all good.

If not then chances are its the controller itself that is in the death throes.

Just last week I encountered one of these in Butler where the controller displayed ‘fuse’ intermittently. It failed often enough on station 1 for me to deduce that it was the coil that was at fault. I located it and replaced it and after 7 or 8 tests there were no problems.

However this week I had a call saying it was ‘doing it again’. If a brand new coil is giving the same result then we have either been extremely unlucky and hit a bad coil or the control box itself is faulty. I have replaced a few faulty control boxes showing this message with a good result.

So there you have it… there are two possibilities and while usually its the coil it might also be your controller.