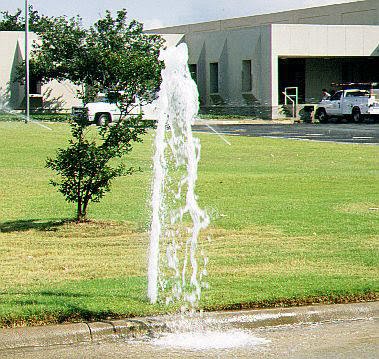 With reticulation its also pretty simple.

If its not coming on then its either electrical,  mechanical or hydraulic

Let’s assume a solenoid isn’t coming on. Either the controller isn’t working, the coil isn’t working (electrics) or the diaphragm is stuck shut (mechanical) There simply isn’t another option, so you will be able to sort it out one way or another by eliminating the variables. Always start with the controller and check voltage there as it is the most accessible point.

Of if your sprinklers are spraying poorly chances are you have simply configured the system wrongly so that there is too much demand on the water supply. Block off a few nozzles and see if it improves.  Failing that wander around the yard and look for a broken pipe. If the pressure was good and is now poor then logically you have to be losing water somewhere.

I haven’t struck a job yet that is unsolvable because in retic you are dealing with a closed system. There are only so many things that can go wrong and sooner or later by a logical process you will find the issue.

And if you don’t just give me a call or send me an email 0400044236 brightonreticulation@gmail.com