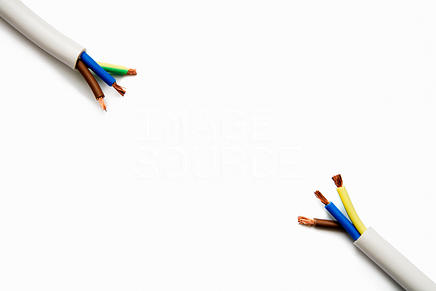 This week I went back to a job I first looked at a couple of months back.

I stopped in on my way home to see why this particular system wasn’t working. It was late in the afternoon and more than I had time for so I declined to take the job on right then.

So when we got back yesterday I knew what we were doing.

I had already tested for power at the Master Valve and there was nothing there. However what was really odd was that there was intermittent power. I know because I brushed the fleshy side of my forearm across the wires and got a small boot. The power wouldn’t register on the multi-meter, although it did shoot up to 28v on one occasion before dying again and making me wonder if i was dreaming…

So the logical conclusion was that a common wire had been broken somewhere. Even when the master valve was turned on manually there was still no water going thru the system. We began at the controller and traced the wires thru a series of 4 different joins and eventually discovered a sliced cable about 30ml underground alongside the driveway. It looked like the edger had given it a beating.

The wire were joining occasionally hence the odd readings, but once it was all tidied up and rejoined the system was working perfectly again.