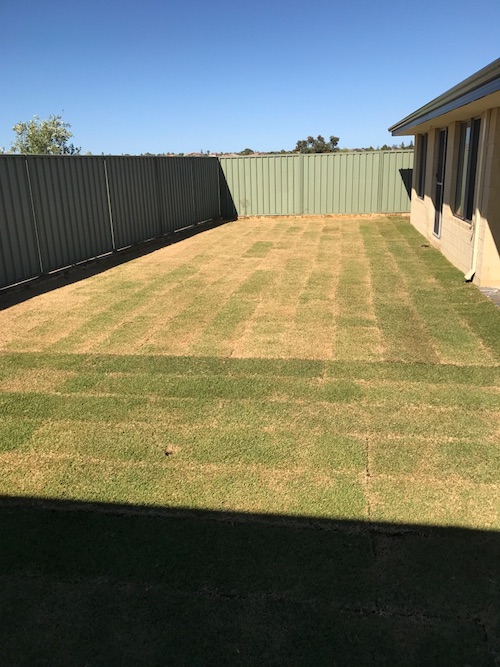 When a lawn is freshly laid it requires heaps of water.

When we finish a turf job we always set your retic controller for you, but occasionally things go wrong.

One client who lived in Margaret River had the retic controller die while they were away and the lawn almost died completely. I dropped in to check on the lawn the day before the controller failed, and all looked good, but a week later it was almost completely dead.

More recently I laid 200m of Empire Zoyzia (see the pic above) for clients who lived 40 minutes drive away. We laid it on the Thursday then I dropped past on the Sunday to do a quick check on it and it was dry as a bone.

On Friday the fencing crew had been in and turned the retic off as they were getting wet. But they forgot to turn it back on.

By Sunday it was dry and looked like this. Another two days of summer heat and it might have been irretrievable 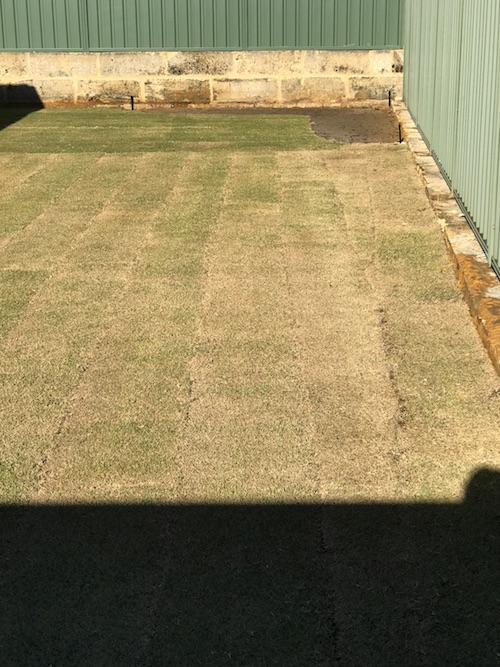 Fortunately we caught it then and increased the watering times. We’ve also had some unseasonably cool weather which has helped and now 3 weeks later, it looks like this: 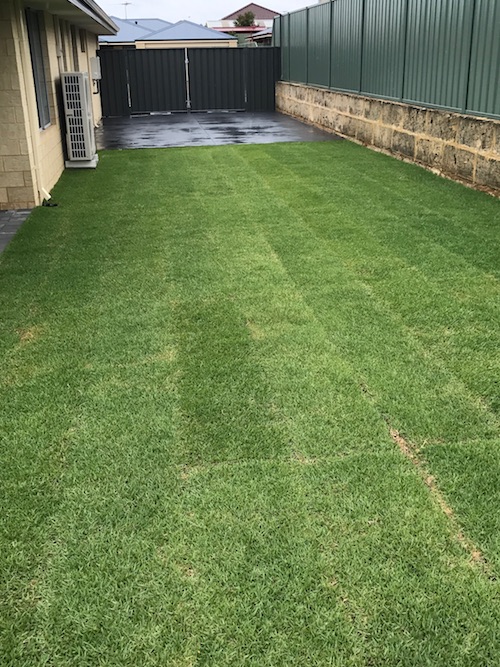 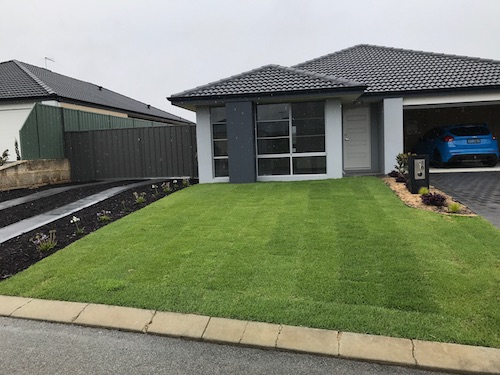 The moral of the story?

If you don’t live in the house be sure to have someone check on a new lawn daily to make sure nothing goes wrong. A dead lawn is a disaster as it means removal, tipping and then doing the same job all over again!