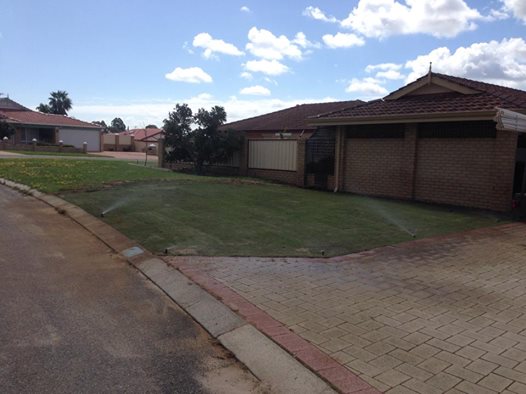 This week I did a front yard makeover in Joondalup. It involved removing the old lawn/weed, installing some new retic and then laying some turf.

The existing turf had turned to weeds and looked almost impossible to revive, so the process was:

a) Spray existing turf / weeds and kill off what is there.

b) The bobcat came and removed existing stuff to a depth of around 100ml and then filled with special lawn mix so that it was 20-30ml below kerb level.

c) Reinstall retic and ensure all is getting covered. This involved placing sprinklers around the perimeter of the property spraying in as well as in the middle spraying out. The previous system had a row of sprinklers down the middle and consequently missed much of the lawn. I also installed a new Hunter X Core to make watering so much easier. 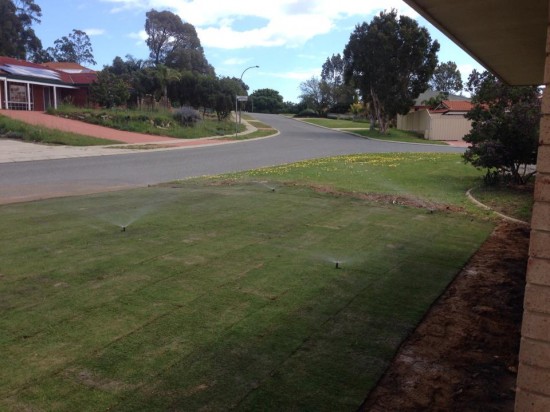