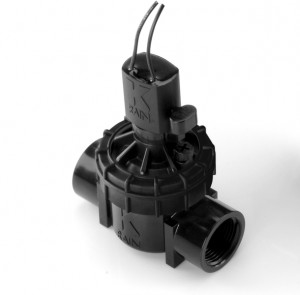 On Friday I had a call from a client in Yanchep who had installed a solenoid, but was having problems. The two stations in the back were coming on together.

So I went out to see what was going on.

What was odd was that the two rear stations came on together but they didn’t come on when the front retic station was running. Normally if a solenoid fails open it stays on with every other station.

But in this case station one came on, then station two and three together.

There was no apparent reason and I was running out of options as all of the logical solutions were coming up blank.

Finally I decided to check whether a different controller would get a different result so we wired one up to test it. As I was doing this I asked the client why he replaced the solenoid.

He told me ‘I didn’t replace it – I added it to split the rear yard in two.’ And as he said that, it dawned on me what had happened. What was once a complete station had been divided in two – but not completely. Somewhere there was still a connection underground. It was the only explanation left for why both stations came on simultaneously.

When we discussed it he agreed and I left him to dig some holes and find that elusive connection.

There is always a logical solution to retic problems, but sometimes you need to gather all the information to make sense of it.