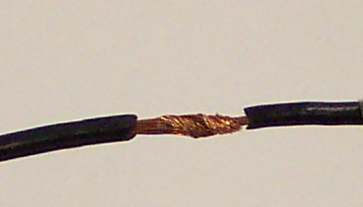 In the last week I have had two identical problems, and what’s weird is I have never had this problem before.

In both cases solenoids weren’t coming on. There was no power to them. So the assumption is that there is a broken wire somewhere. There was power at the controller but no power at the solenoid so it was a case of tracking wires and locating the break.

Only it wasn’t a broken wire.

Instead it was a badly connected wire. The wires were joined but obviously weren’t conducting as they should have been. It seems that over time the wires have deteriorated and corroded and were no longer conducting electricity.

I had never seen that before. But for future reference I now know that just because wires are joined, they aren’t necessarily doing their job.