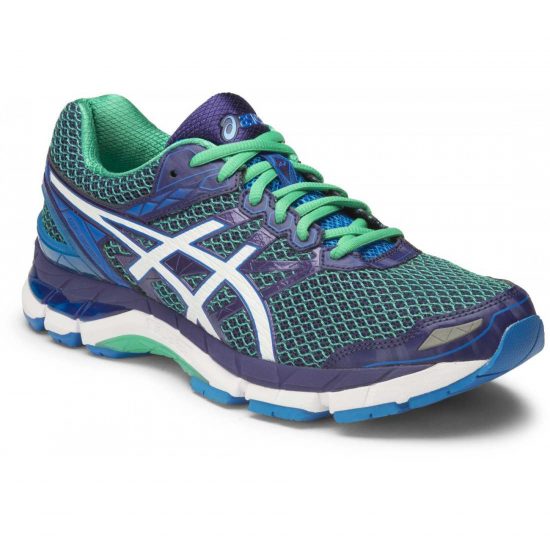 In my younger years I did a lot of running, so much so that by my early 30’s I had bad tendonitis in my ililo-tibial band and over the last 20 years it has gradually worsened to the point where I currently can’t run any distance at all. Even walking hurts and that aint good…

Today I went to get a new pair of running shoes to ‘try again’, but rather than just going to Jim Kidd’s and picking up a semi decent pair of generic running shoes I drove into Hay St to The Running Centre, on the advice of my physiotherapist to ‘get fitted’ for a pair of shoes that suit my running gait and will help with my particular problem.

So the woman in the store asked about my tendonitis, measured my foot for size and then got me running on the treadmill and took video of my running form to analyse it. I remember doing biomechanics at Uni when I did my Phys Ed degree, but that was a long time ago. Now someone was putting that biomechanical knowledge to practical use helping me choose a pair of shoes.

She showed me the video, explained what was happening – showed me my foot strike and the leg lean that was a problem. I couldn’t see it quite as clearly as she could… but I believed her. Then as I was on the treadmill a resident physio walked past and said he could ‘hear’ the problem as I strode.

‘Can you hear that?’ he said as I jogged.

The solution was a pair of shoes that would compensate for the lean and ease the pain on the knee. And there were two options. I tried them both and decided on the Asics GT3000 for $235.00. Around $100 more than I usually spend and probably a bit more than standard retail.

But I bought these shoes off these people because they were regarded as the experts in their field. I’ve had a fair go at getting myself back into running and failed dismally. So today I was prepared to pay a bit extra for their expert knowledge and for a product that is regarded as superior to what I have had before.

Its a lesson I’ve taken a while to learn as I like to get a bargain, but reality is that you generally get what you pay for.

We hope that as experts in retic we can locate and fix your problem faster than you or a general handyman because we know what to look for and listen for. We know the nuances of different systems and the tell tale signs of various problems.

My guess is that buying these shoes might be a little bit more of a hit on the wallet than I am used to, but I’m sure that will be more than compensated for with reduced physio fees and best of all I may actually get to run that half marathon one day in the future.

We believe we give excellent value for money in our service and that in the long run you will probably even save money by using expert knowledge and quality products.