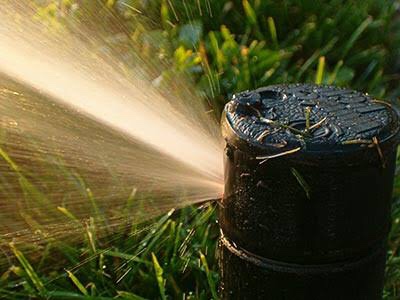 If your sprinklers are barely spraying then it will be one of a few issues.

Another possibility is that all nozzles are blocked. Rather than trying to unblock them you’re probably better off just replacing them.

Another possibility is that the solenoid has seized and is partially shut. This is the least likely option.

a) check for leaks around the base of sprinklers.

b) remove a nozzle and check to see if there is good water pressure.

c) if neither of the above resolve the issue then you may need to check out the solenoid.

By a process of deduction you should be able to find the problem!