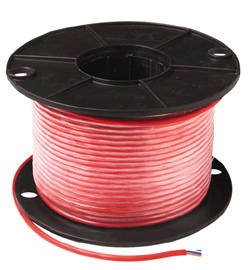 I was working on a friend’s place recently with a strange fault that was proving difficult to track down.

The solenoid would come on and off intermitently. It would work 10 times in a row and then fail. There was power (27V) coming from the control box but at the solenoid the power varied between 22-26v according to my multimeter.

The power wire to the solenoid had been joined several times before it reached the solenoid and after eliminating any other possibilities (faulty coil/controller) I could only conclude that there was a problem with the wire run.

I ran a fresh wire to the solenoid and tested it around 20 times with no failure. It seemed that the wire was flawed somewhere between the controller and the solenoid. There were numerous connections and it wasn’t easy to find where the problem was so I simply ended up running a new wire.

So far so good…