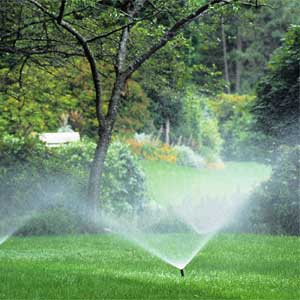 Beware of using cheap sprinklers as they will cause you pain.

Before I began Brighton Reticulation I was a retic cheapskate. I would use the cheapest parts I could find from K Mart or Bunnings, but get annoyed when they would foul up shortly after installation.

In the last few years I have become increasingly convinced of the value of using top quality parts.

The way I see it, a cheap sprinkler usually lasts a season or two and costs around $2-$7.00. A Toro sprinkler costs around $10.00 and if used regularly should last around 5 years and even up to 10 years.

You can do it cheap, but expect to do it twice or three times before a toro sprinkler even gets close to reaching its use by date. If your time is valuable then you will have saved plenty.

At Brighton Reticulation we simply don’t use cheap parts and won’t even consider it as it would result in many more call backs than we would be able to cater with.