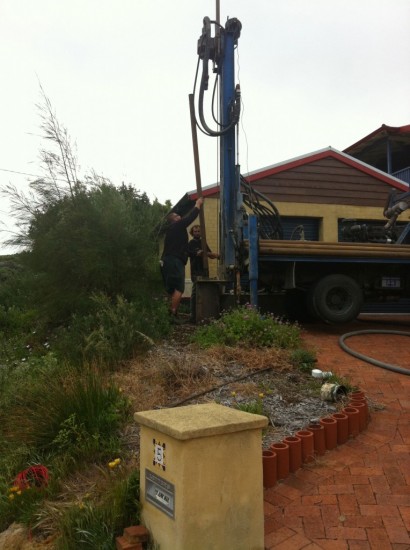 This week I had an early morning phone call from a regular client who lives at the top of our street.

‘Andrew – my retic is on and it won’t go off. I’ve turned the controller off but it keeps running…’

If this were a system running off the mains then we would naturally presume a faulty master and station solenoid but this was a bore. I told him to turn the bore off at the mains and that stopped the flow.

Assuming it was the electrical contactor failing I told him to get the electrician out to check it out and replace it.

So the electrician attended and couldn’t see a problem, apart from the faulty station solenoid.

So the client rang again and we discussed it some more.

It didn’t make sense. It had to be an intermittent problem. Then 3 days later he called again to say it had happened again.

The electrician went back and could find no fault with the contactor. Really?…

I was at home having a coffee so I headed up the street to see if we could resolve this somehow.

Sure enough it all worked perfectly, except for the faulty solenoid. I was hesitant to fix the solenoid until we had resolved the intermittent pump issue otherwise we would risk the pump coming on with nowhere for the water to go and possibly burn it out.

It was a puzzle… and it was also a shared bore…

So I guessed that perhaps the other person’s contactor had failed. Now we were getting warm. The contactor was fine, but then it dawned on me to check the settings on their controller.

Sure enough the times my client had noticed his retic running when it shouldn’t have corresponded to the times that the neighbour’s retic was running.

Problem solved and now we just need to replace a solenoid.