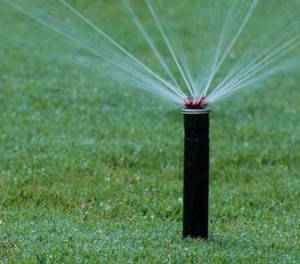 There can be a few causes of this, but its rare that it happens.

Typically when a system doesn’t have a master valve any time a solenoid fails the retic will leak, but its very unusual when there is a master valve.

I was at a property this week where the retic ‘wouldn’t shut off’.

When I got there the ball valve that isolates the retic had been closed because it wouldn’t stop running on station 1. I opened the ball valve and nothing happened… So obviously it had shut off…

I checked the controller and it was an X Core with some a dodgy dial that wouldn’t do what it was supposed to. So I replaced it, thinking that this was the source of the problem. It needed replacing anyway and when I tested it, all worked well.

So I dropped in and checked the new controller and it was working fine – BUT – the retic was definitely stuck on station 1.

I had to do another job so I turned it off at the ball valve and went away for a few hours. When I returned and turned it on the water flow had stopped.

The only thing that could cause this was a faulty solenoid both on 1 and the master – perhaps solenoids that were slow closing or remaining partially open. I located solenoid 1, a Rainbird, and noticed that the bleed screw was just a little loose, so I tightened it and that fixed that. I went to the master and the bleed screw was loose on there as well.

I have no idea how these screw get loose, but its worth knowing that this happened without any interference. No one messed with them.

If your retic won’t shut off and you have a master valve then check your bleed screws.

Hopefully tonight all will be well