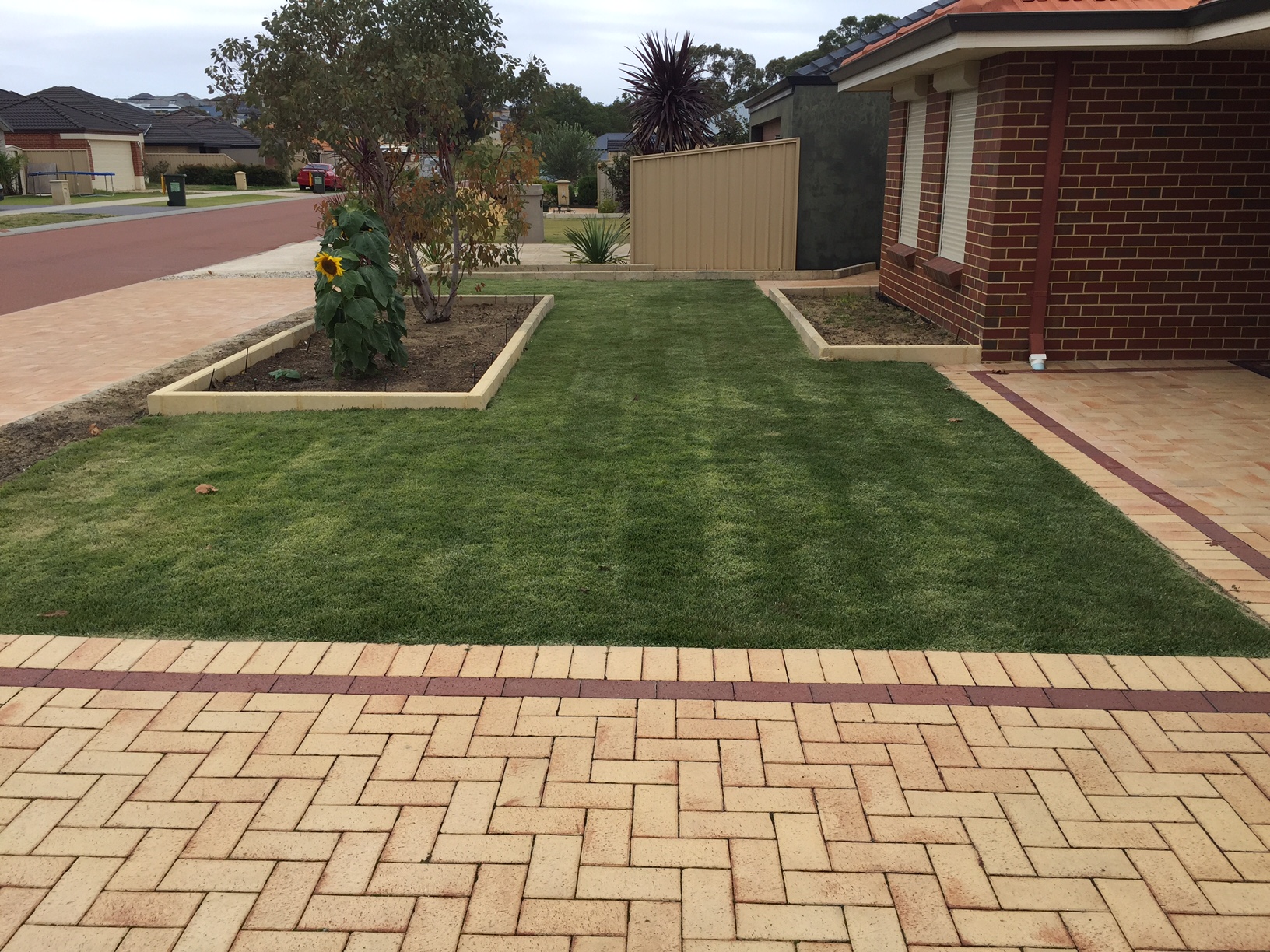 Ok – here’s one I prepared earlier…

Back in January I was helping some folks re-landscape their front and back yard and we re-installed reticulation as well as Empire Zoyzia turf.

I was back in the street today doing some work so I stopped to take a photo of the lawn months on.

With its rich green colour, it looks really good and has made a big difference to this front yard. Empire Zoyzia is a great compromise for those who don’t like fine leaf couch but who also don’t like the very broad blade buffalo.

What If Reticulation breaks Under Concrete? By brighton
Time to Turn Your Retic Back On?! By brighton
How to Use An Add a Station By brighton